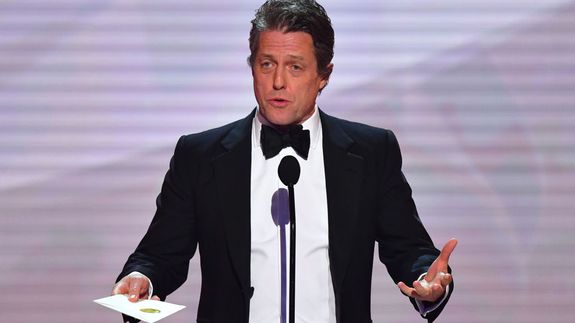 Not since President Billy Bob Thornton got told off in Love Actually has a world leader received such a devastating public dressing down from Hugh Grant.

Thousands of Londoners took to the streets on Wednesday evening to protest prime minister Boris Johnson's move to prorogue Parliament until October 14 — meaning it will be suspended until a mere two weeks before the October 31 deadline to block a no-deal Brexit.

While Johnson's denied that the idea is to block debate, few people are buying it, with one Labour MP calling it "a coup, plain and simple."

Also not buying it? Hugh Grant, the actor best known for charming wildly beautiful women by stammering at them. Quote-tweeting a video of Johnson talking about the Definitely Real And Not Brexit-Related reasons for the proroguing, he unleashed the Englishman's twin rhetorical weapons of well-placed swears and absurd, insulting comparisons to everyday objects. Read more...